Introductory Games – easing your way into modern board gaming

There is a bewildering array of modern games on offer these days – at least 1000 new games are published every year. For people who are interested in the new generation of tabletop games but haven’t played any before, making a decision about what is the best purchase can be intimidating. It shouldn’t be, because a key feature of many modern games is that they are often well designed to be easy and accessible, but they don’t always seem that way from the outside. And let’s be honest, some of these games are pretty expensive, so you don’t want to choose something you don’t end up playing!

We’ve created a category of Introductory games to help people choose some of the best, easiest to pick up and play games that we know. In almost all cases these are games we have personally played and introduced to others, and we stand by our recommendations in this category. Following are some ideas to go on with.

Catan (formerly The Settlers of Catan) is the new classic that helped kick off the current resurgence of board gaming and it remains a solid choice. It combines strategy and a little luck into a board game using hexagonal tiles that can change the board every new game. Players vie to build up villages, roads and cities while collecting resources from the territories they settle, and from trading amongst each other. Its a great family game for 3-4 players that can be extended to 5-6 players with an expansion. 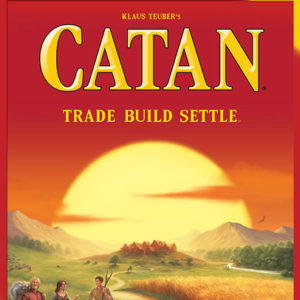 Ticket to Ride and the slightly more recent Ticket to Ride Europe are really appealing board games with lots of counters, cards and an attractive board, in which 2-5 players complete train routes according to secret objective cards they hold. Another good strategic game with only a little luck in it, this is one of the top selling games we have, easy to learn and teach, with lots of replay value. It is published by Days of Wonder, whose games typically feature high production values and very well written rule books.

Love Letter (and a number of licensed variants) is a cheap, simple but elegantly sophisticated little card game for 2-4 players that can be learnt within minutes and played in 15-30 minutes. This one is a great lunch break game, easily portable with only 16 cards (yes – that’s right – 16) but a lot more tactical depth than immediately obvious. 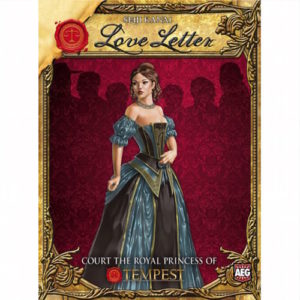 Pandemic is perhaps the premier cooperative board game (yes – there’s a lot of truly great cooperative games available) that pits 2-4 players against the game in a race to defeat virulent diseases that have broken out around the globe. Players move between cities all over the world, taking actions that contribute towards curing and eradicating disease outbreaks. Pandemic also features very clearly written rules that take new players step by step through everything they need to start enjoying this great game. 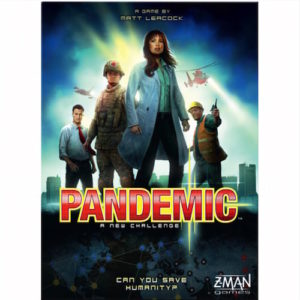 Splendor is one of our personal favourites and is a simple game of resource development in which 2-4 players purchase cards which then add to their ability to purchase increasingly more valuable cards. Purchases are made using gems, represented by satisfyingly hefty poker style chips. This game combines the best features of modern games – very simple rules with deep tactical decisions to be made, and very little luck. 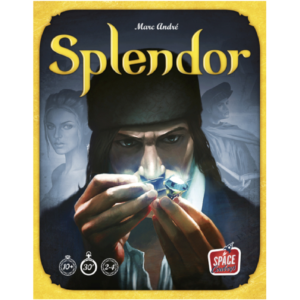 Codenames has burst onto the scene in the last year, rapidly climbing the rating charts and finding its way into many gaming collections. This is a simple but brilliantly executed party game that pits two teams of 2-4 players each into deducing the identity of words laid out on a grid in front of them after hearing single word clues from the spymaster for their team. Like many modern games, this one really makes players use their brains and is scarily close to educational, while being an enormous amount of fun for a group of friends or family. 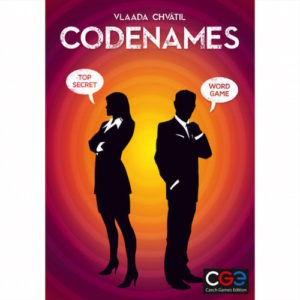 King of Tokyo is a wacky dice game that uses the yahtzee mechanic of rolling five dice up to three times in order to secure the best results in a ‘press your luck’ style. The difference is this has a great, comical schlocky horror show theme that will appeal to kids and adult kids alike, as players fight each other as giant monsters to conquer the unfortunate battleground of Tokyo city. Its quick, easy to pick up and a lot of fun. This one is quite luck dependent, although tactics still count, and players can be eliminated through the course of the game, which is a bit unusual in a modern game, because most games ensure all players remain in the game till the end.

Alhambra is another award winning family game for 2-6 players who compete to construct the most impressive palace by laying tiles that are purchased with cards drawn from a central pool. Another excellent example of a very simple game with extremely deep tactical options and huge replay appeal. This is one of the older new generation but holds its own very well.

If you want to check out some of these games in more detail, the Tabletop videos hosted by actor and professional geek Wil Wheaton provide some of the best introductions to many of the great games available at the moment. Check them out here.

And for our younger players, the following is a selection of games that can be enjoyed by those below the age of eight years, although we’ll have to leave it up to you to determine exactly which game is right for your little gamer!