People have been wondering what is going on with some much anticipated games of out of the ever expanding Star Wars franchise – Star Wars: Imperial Assault and Star Wars: Armada. We thought you might like to know what is going on and what Seriously Board is doing in relation to these games.

Star Wars: Imperial Assault is a strategy board game incorporating finely crafted minatures that at time of writing has already made it to number 56 on Board Game Geek Rankings even though it was only released in the last few weeks of 2014. It looks like a great game and a lot of people are keen to get their hands on it. But our supplier, Pixelpark, and us, do not even have listings for it yet, never mind selling it. Why is that? This is because the distribution and sale of this game in Australia and New Zealand has been held up due to licensing issues. Basically, Fantasy Flight Games, who produce Star Wars: Imperial Assault, do not currently hold the licensing rights to distribute this game as a “board game”, and must renegotiate with Disney in order to distribute this game in our region. Until they do that, Fantasy Flight will not supply this game directly to distributors in Australia and New Zealand. But some New Zealand distributors have it already? Yup, and well done to those distributors, but we here at Seriously Board won’t be able to stock Star Wars: Imperial Assault until the licensing issues are resolved, sorry. We will certainly keep you posted! 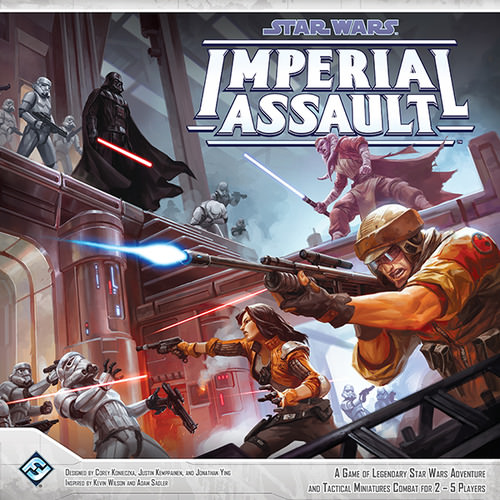 Star Wars: Armada is a minatures game in the vein of X-Wing that recreates the mega-sized star battles amongst the huge capital and fleet ships of the Star Wars galaxy. This game is on track for normal distribution in New Zealand and at the time of writing it is scheduled for arrival at the end of February. We have been asked about whether customers can pre-order from us, but we have decided not to offer pre-order purchases of this game. The reason is that because of recent supply problems due to several factors, we cannot guarantee the number of games we will receive, and we absolutely do not want to let anybody down who thought they had bought a game from us but then misses out. We would rather miss out on sales than take money off customers for something they don’t get when they expect it. In the future, once we are more confident about our supply chain, we will revisit this stance and may look to offer pre-order purchases on hot new games.